Smack Mellon turns 20 and marks the milestone with a large exhibition of 90+ works by artists
who have participated in their Artist Studio Program, curated by Charlotta Kotik, the former
curator at the Brooklyn Museum, and loyal champion of artists and art spaces.

“The 20th Anniversary Show fully attests to the steadfast adherence to the philosophy of artistic
freedom and full inclusion, practiced by Smack Mellon for the past twenty years. Giving an
exposure to emerging and under recognized artists Smack Mellon became a platform for the
development of ideas for the future. Its large space offers a unique opportunity to develop
projects that would otherwise never be realized. Although an exhibition of works by the Artist
Studio Program participants that commenced sixteen years the 20th Anniversary Show well
represents the overall exhibition practice of the space.
The sheer number of artists does not allow for the installation of the large scale projects for
which Smack Mellon is know for, however the extraordinary range of styles, techniques, media
and above all of the ideas, displayed in the individual pieces, bespeak the support of the varied
identities and artistic freedom which made Smack Mellon one of the preeminent alternative
spaces in the City.
As a long time resident of Brooklyn I have closely followed the exhibitions at Smack Mellon since
it’s founding in 1995 and its later Artist Studio Program.
It was an honor to serve on the Artist Studio Program panel, and now to become a part of events
celebrating the double anniversary. It is the vision of the artists, their commitment to ideas and
the will to pursue them, as well as the foresight of Smack Mellon’s staff and leadership that we
are celebrating in this exhibition.” 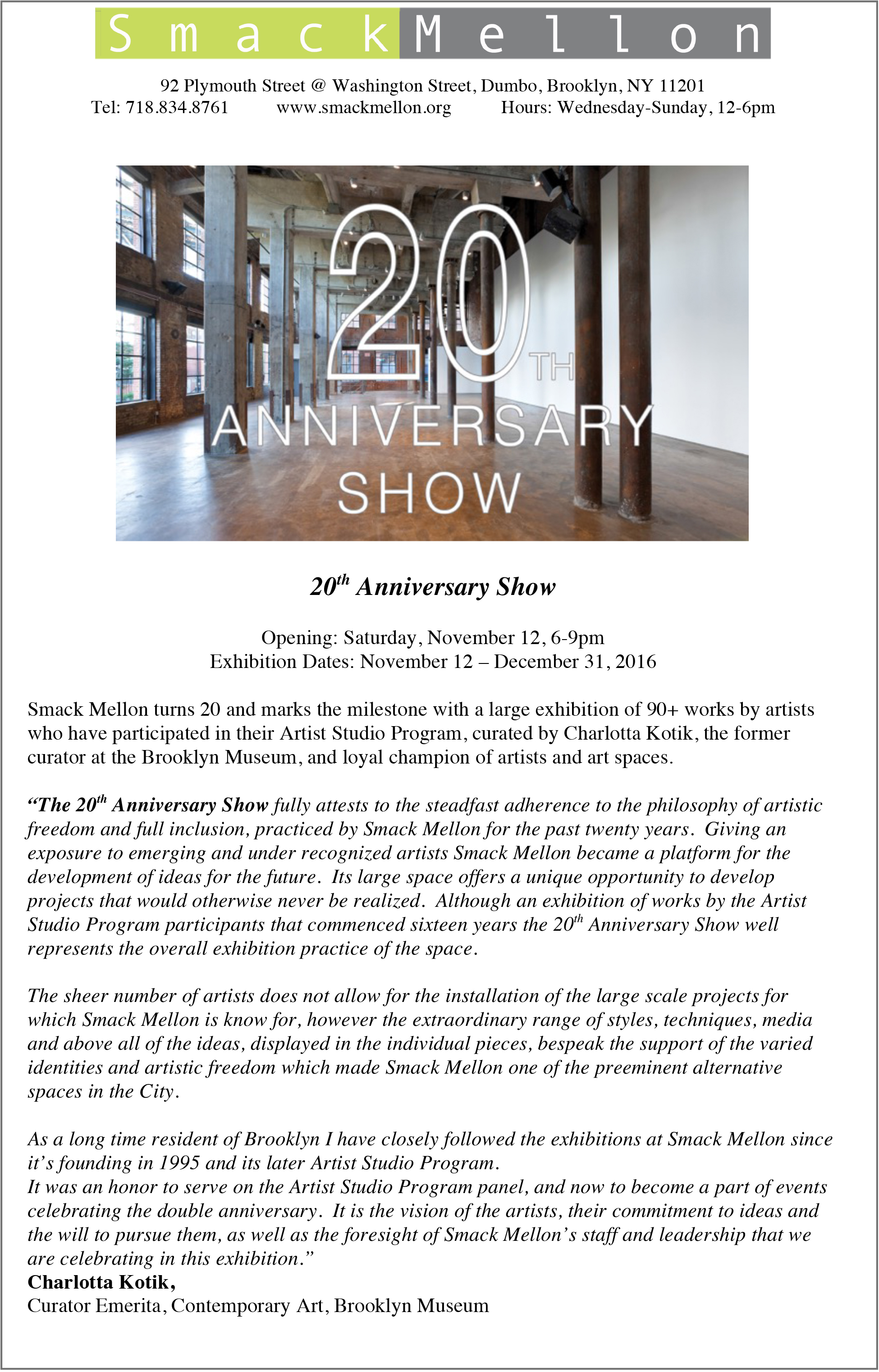 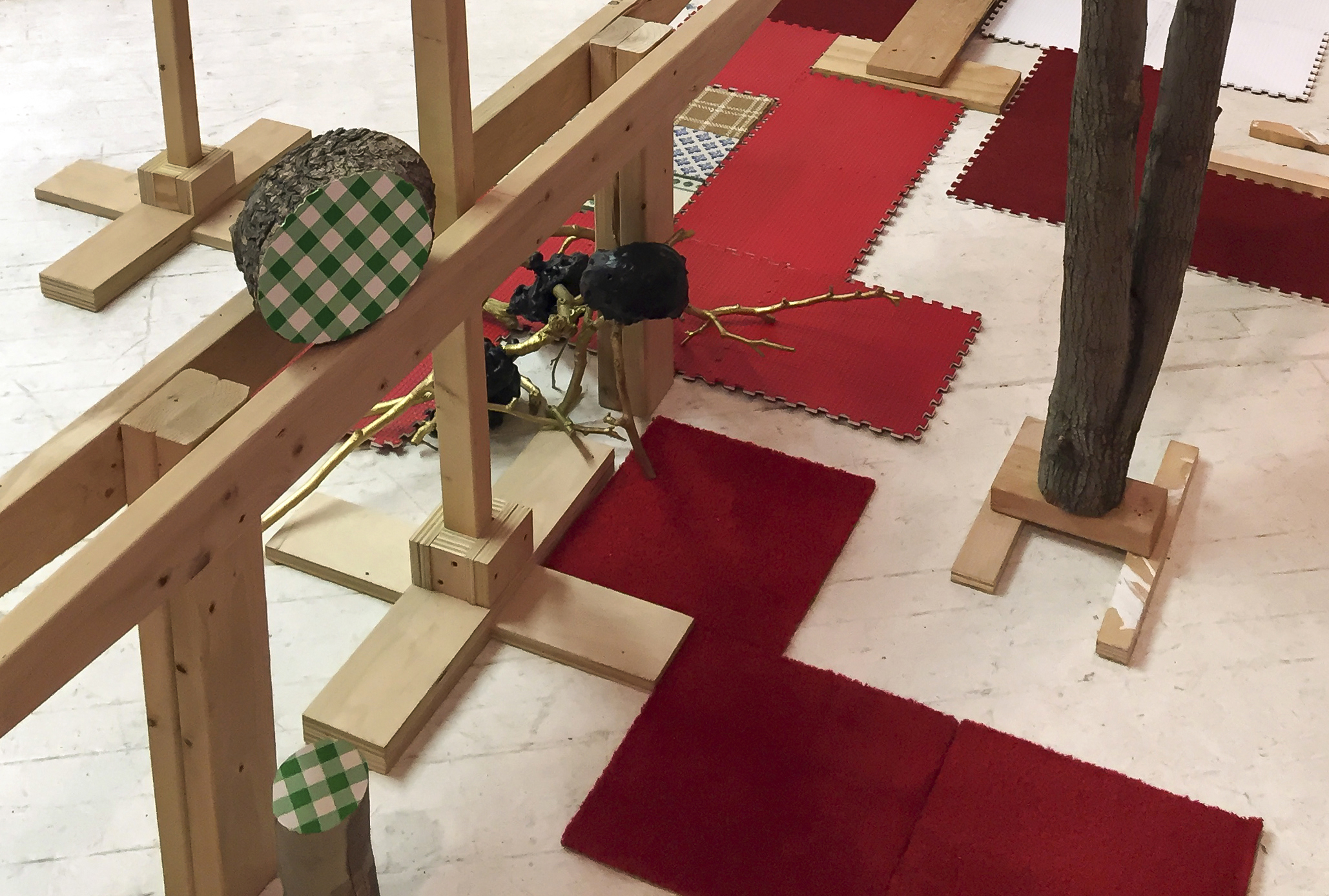